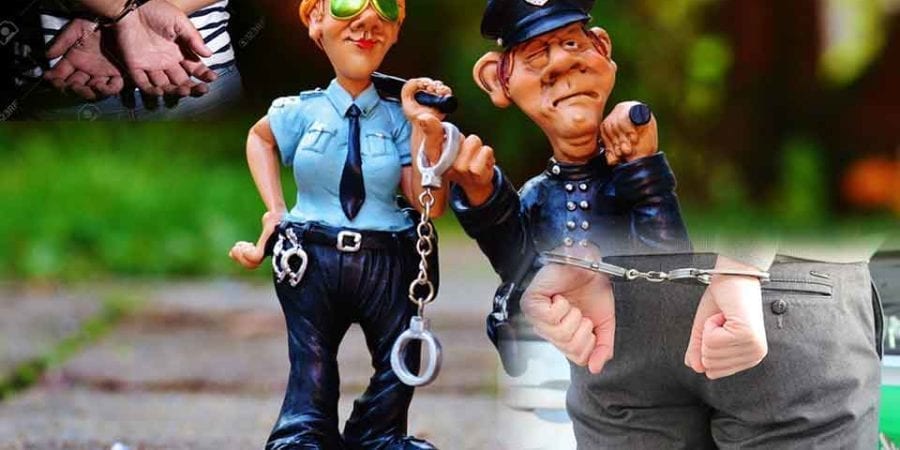 Do you know your rights as a citizen? Do you know up to what extent the police is permitted to hold you or arrest you? This are some of the questions one should ask themselves especially if foreign to the justice system.

The police know that many people do not know their rights and they abuse this delicacy, or should we call it ignorance. It is safe to say that they instill  certain fear in people. When usually held in contempt or stopped by a police officer, the first feelings that rush through you are fear and worry because most of the time you do not know why they have stopped you.

Has a police officer ever stopped you to say hi or come to your place to give you muffins they have baked? Exactly my point, their main duty is of being peace agents, but they only show up or appear when there is a problem, never when there is something positive or good happening around you.

Just to mention as a disclaimer…there are some really great police officers out there who are really there for the people and when you are around them, you don’t necessarily feel intimidated by them. But that is not the case for the whole body of the police force, most of them take themselves as superior to the rest of  the citizens and they abuse their power.

They do not explain all your rights to you as they are supposed to, instead all they do is what is in their heads and maybe with lots of assumptions. Not to mention the high number of officers who are so corrupt and it is sickening.

Take for example two legal age adults who have consented to having sex. One of them unfortunately is a foreigner and does not speak the local language so it very clear that he will not communicate well and clearly with the authorities. Someone from the girl`s family then decides to report to the police that a member of their family has been raped and without even first also hearing from the boy, they go and arrest and him and don’t even explain his rights to him nor hear his side of the story.

The young man tries to explain that he can’t understand what is going on and the police officers can clearly see that he is having difficulties explaining himself. But what do they do instead? They add another charge on top of that of resisting arrest of the police and threatening them. Incase you didn’t know, the police has no right to arrest you without clearly explaining to you what they are arresting you for.

On top of that, it is their duty to make sure they hear your side of the story as well before. Not to mention you have a right to a lawyer and they have to clearly explain that to you plus make sure you are apt to understand what they are saying.

I am sure many people know stories of racial discrimination and profiling that happens in the western world. Yes, even in this 21st century, racism is still very present sadly to say.

A good scenario that comes to head is a true story of a young black man driving one of the latest Mercedes Benz. He has not committed any traffic crime but next he sees a police officer stopping him.

There are certain procedures to follow when asking questions and there is no way the ownership of the car is the first…and especially because usually they ask for the papers of the car plus your driving license so they would be able to see who is the owner.

This is just one of the many different stories of racial prejudice and discrimination that unfortunately many still succumb to.

There are many scenarios all over the world of police officers not fully protecting the citizens as they are supposed to but instead abusing their powers because they know people are generally afraid of them and most of them are racist.

Learn about your rights

To protect yourself and know your rights fully, it would be advisable to read and get information about the law in your city so that you are fully aware and capable of defending yourself from those who take advantage of the lack of knowledge of people, you never know when you might need it for yourself or to help someone else out!

For police officers, please do the job you are supposed to do of being peace agents, it does not harm neither does it take anything away from you to be nice to people even when you are in your uniforms and on duty!